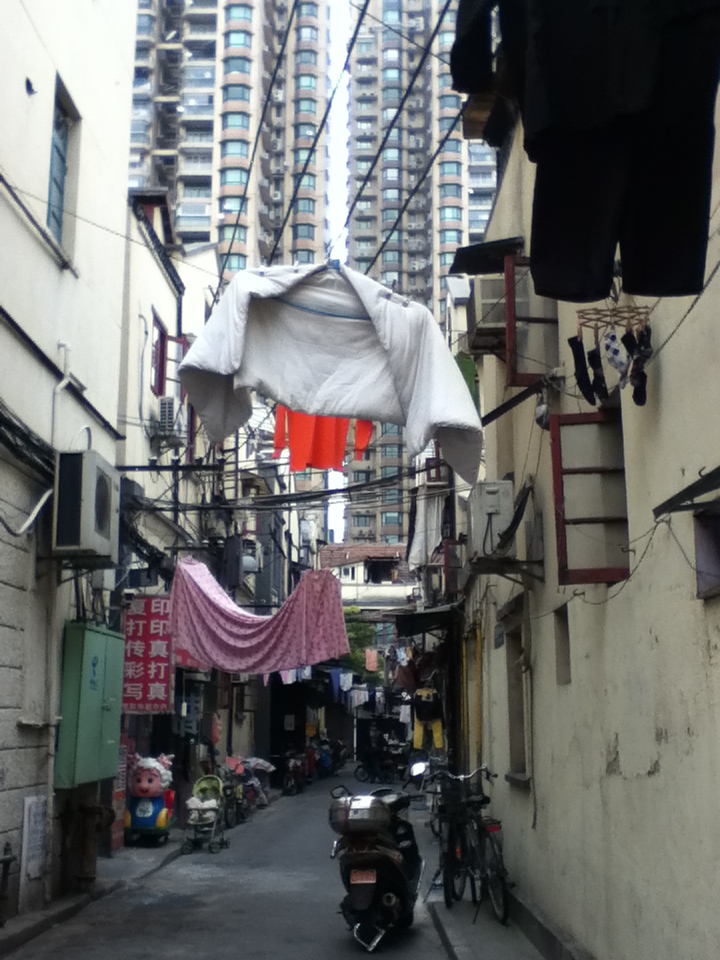 Our Time in Shanghai

from our book, "Back to the Cross: Surprising Truths from Shanghai". Available on Amazon.

[Chapter 11]  Starved of the Cross

\Ron\    There are some things we grow up with that are so much a part of the scene that we fail to really see them.  When we moved to Shanghai, the density of people living in that city really stood out to us.  For me, an elevator is full if you have ten people inside.  Thirty people in the same space with the overload buzzer going off was the rule in Shanghai.  When I started riding the buses and metro, the rush hour crowd packed into a tight space was another example of “people density”.  I’m sure those who have been to India or Africa would find this nothing new, but as an outsider it did stand out to me.

The cross is a common symbol in America, so common that it has become part of the scenery.  Cross on the church building—yeah, that fits.  Cross on a necklace or t-shirt, we can see that pretty often.  Even huge crosses worn as fashion items by pop stars aren’t unusual, and it may not even carry any religious message.

The cross is not common in China.  There are very few church buildings, so you don’t see it in public or on buildings.  It doesn’t decorate or adorn the interior of homes like it does in Texas.  Living in the middle of Shanghai in a rented apartment, we felt a little starved of the cross.  We put up a small cross on the wall, above the flat screen TV, so we would see it often.

Like the cross he died on, Jesus is familiar to us and yet unknown.  In fact, he is the most familiar stranger to many of us.  My wife taught me a phrase about it in Chinese.  “最熟悉的陌生人”.  In Chinese it carries a deep poignancy.  We may know much about him and his teachings, but his person remains a mystery.  Why did He die?  Was it really necessary?  His cross has to be the most familiar symbol that is strange and alien to us.

The cross was a crude frame for executions.  Some people compare it to an electric chair, but I don’t find the analogy very appropriate.  The same culture that gave us the Coliseum where gladiators fought to the death and Christians were pitted against wild beasts also staged executions of criminals, rebels and insurgents in a public, brutal way:  hung up on a cross, left to die and then left longer to expose the corpse to the vultures and the elements.  The cross was more like a graphic billboard that said, “Don’t mess around with the laws and might of Rome.”

The laws of Rome did not allow their own citizens to be crucified.  Their executions were done more “humanely.”  The cross was reserved for slaves, non-citizens, provincials and enemies of the state.  Jesus was crucified not just as a criminal but also as one with no honorable standing in the eyes of the state, someone not even worthy of a humane execution.  The cross really was a scandal and a stumbling block in the first century.  We’ve lost that sting.

The motive behind the cross—a merciful God willing to radically demonstrate his sacrificial love—is celebrated among Christians, but I would say it too doesn’t pierce us as deeply as it should.  It takes a true confrontation with sin, with lostness and evil before the cross can touch us deeply and speak to our souls.

Our family experienced breakdown, a confrontation with our sin and frailty, our pettiness and superficial faith before we realized how starved of the cross we were.  It certainly wasn’t a pleasant experience or one we want to repeat.  I’m guessing Jesus feels that same way about his cross.  But there is a deeper wisdom in the cross that speaks to our souls and lets us experience God’s truth and love in powerful ways.

What strikes me about my hunger is that I wasn’t very aware of it before we went to China.  When I was cruising along and getting by on something less than the cross, I didn’t know how starved I was.  I look back and the signs are there, but they were not dramatic or distinct enough to command my attention.

If you haven’t deeply confronted the cross and felt its sting as well as its great mercy, let me suggest something. Pray for God to reveal it to you.  We’ve written this book to share with you our story, our experience of coming to see the cross in a fresh and deeply personal way.  We also hope that through these words you will develop an awareness of the cross and what it means to live life under its discipline, seeing people and even your own life purpose through new eyes.

To read all 66 chapters of “Back to the Cross: Surprising Truths from Shanghai”, click here to purchase on Amazon.

To listen to one of Ron’s bible podcast, click here.

Tags: Back to the Cross, sacrificial love, shanghai, starved of the cross

Acts 2 – A Look at Real Community